While virtually everyone recognizes the famous Lorenz “Butterfly”, the strange attractor  that is one of the central icons of chaos theory, in my opinion Hamiltonian chaos generates far more interesting patterns. This is because Hamiltonians conserve phase-space volume, stretching and folding small volumes of initial conditions as they evolve in time, until they span large sections of phase space. Hamiltonian chaos is usually displayed as multi-color Poincaré sections (also known as first-return maps) that are created when a set of single trajectories, each represented by a single color, pierce the Poincaré plane over and over again.

The archetype of all Hamiltonian systems is the harmonic oscillator. 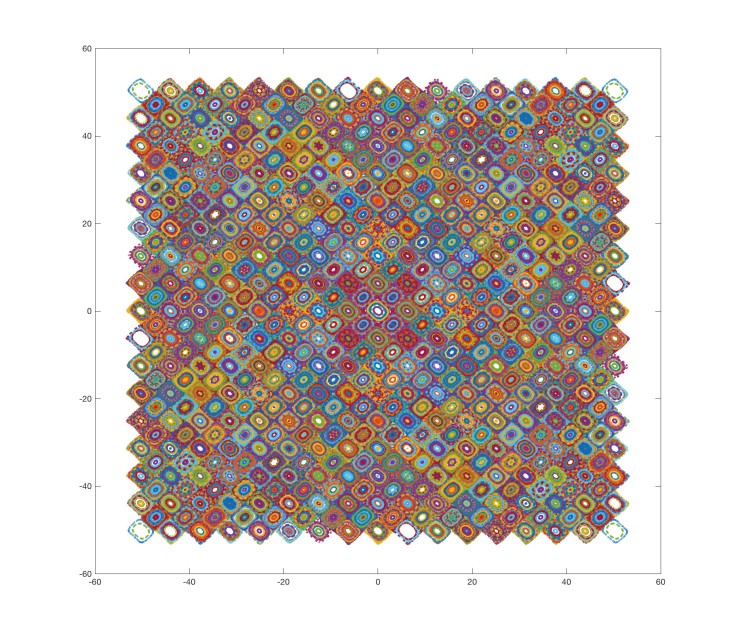 The Hamiltonian of the periodically kicked harmonic oscillator is converted into the Web Map, represented as an iterative mapping as 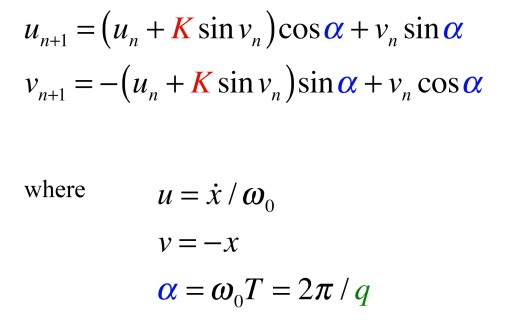 There can be resonance between the sequence of kicks and the natural oscillator frequency such that α = 2π/q. At these resonances, intricate web patterns emerge. The Web Map produces a web of stochastic layers when plotted on an extended phase plane. The symmetry of the web is controlled by the integer q, and the stochastic layer width is controlled by the perturbation strength K. 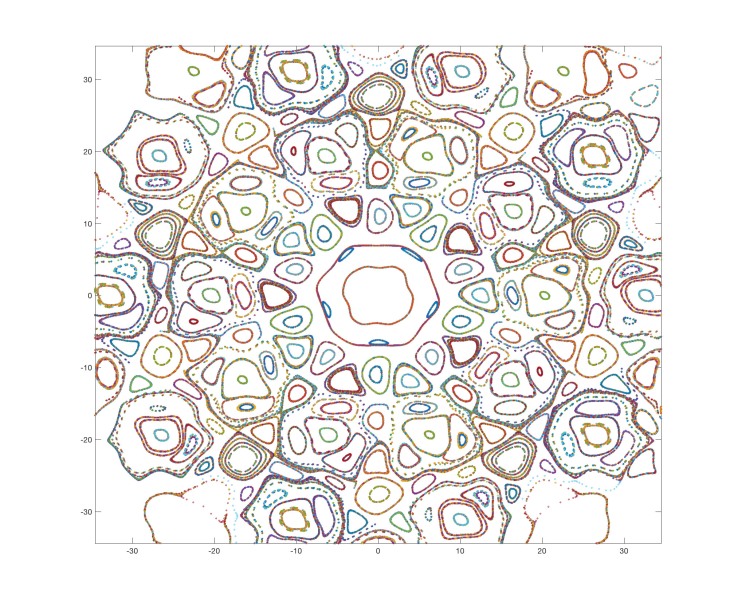 Iterated maps are easy to implement in code.  Here is a simple Python code to generate maps of different types.  You can play with the coupling constant K and the periodicity q.  For small K, the tapestries are mostly regular.  But as the coupling K increases, stochastic layers emerge.  When q is a small even number, tapestries of regular symmetric are generated.  However, when q is an odd small integer, the tapestries turn into quasi-crystals.