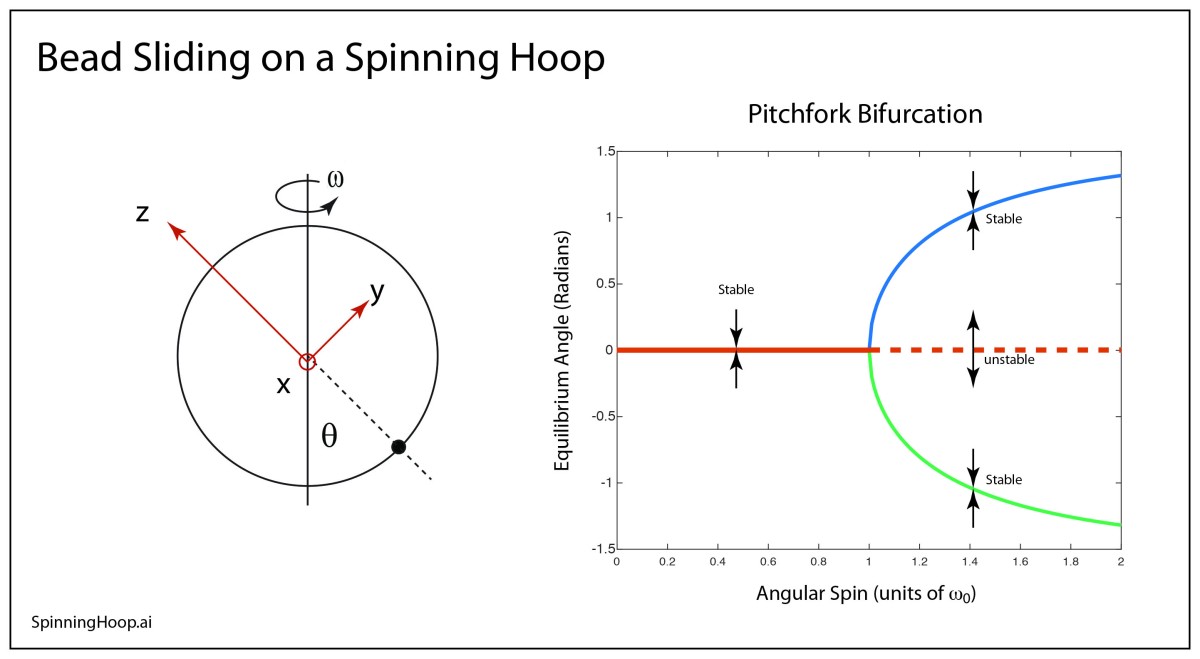 Symmetry is the canvas upon which the laws of physics are written. Symmetry defines the invariants of dynamical systems. But when symmetry breaks, the laws of physics break with it, sometimes in dramatic fashion. Take the Big Bang, for example, when a highly-symmetric form of the vacuum, known as the “false vacuum”, suddenly relaxed to a lower symmetry, creating an inflationary cascade of energy that burst forth as our Universe.

The early universe was extremely hot and energetic, so much so that all the forces of nature acted as one–described by a unified Lagrangian (as yet resisting discovery by theoretical physicists) of the highest symmetry. Yet as the universe expanded and cooled, the symmetry of the Lagrangian broke, and the unified forces split into two (gravity and electro-nuclear). As the universe cooled further, the Lagrangian (of the Standard Model) lost more symmetry as the electro-nuclear split into the strong nuclear force and the electro-weak force. Finally, at a tiny fraction of a second after the Big Bang, the universe cooled enough that the unified electro-week force broke into the electromagnetic force and the weak nuclear force. At each stage, spontaneous symmetry breaking occurred, and invariants of physics were broken, splitting into new behavior. In 2008, Yoichiro Nambu received the Nobel Prize in physics for his model of spontaneous symmetry breaking in subatomic physics.

Physics is filled with examples of spontaneous symmetry breaking. Crystallization and phase transitions are common examples. When the temperature is lowered on a fluid of molecules with high average local symmetry, the molecular interactions can suddenly impose lower-symmetry constraints on relative positions, and the liquid crystallizes into an ordered crystal. Even solid crystals can undergo a phase transition as one symmetry becomes energetically advantageous over another, and the crystal can change to a new symmetry.

In mechanics, any time a potential function evolves slowly with some parameter, it can start with one symmetry and evolve to another lower symmetry. The mechanical system governed by such a potential may undergo a discontinuous change in behavior.

Sliding Mass on a Rotating Hoop

One of the simplest mechanical models that displays spontaneous symmetry breaking and the pitchfork bifurcation is a bead sliding without friction on a circular hoop that is spinning on the vertical axis, as in Fig. 3. When it spins very slowly, this is just a simple pendulum with a stable equilibrium at the bottom, and it oscillates with a natural oscillation frequency ω0 = sqrt(g/b), where b is the radius of the hoop and g is the acceleration due to gravity. On the other hand, when it spins very fast, then the bead is flung to to one side or the other by centrifugal force. The bead then oscillates around one of the two new stable fixed points, but the fixed point at the bottom of the hoop is very unstable, because any deviation to one side or the other will cause the centrifugal force to kick in. (Note that in the body frame, centrifugal force is a non-inertial force that arises in the non-inertial coordinate frame. )

The solution uses the Euler equations for the body frame along principal axes. In order to use the standard definitions of ω1, ω2, and ω3, the angle θ MUST be rotated around the x-axis.  This means the x-axis points out of the page in the diagram.  The y-axis is tilted up from horizontal by θ, and the z-axis is tilted from vertical by θ.  This establishes the body frame.

The components of the angular velocity are

And the moments of inertia are (assuming the bead is small)

and solving for the angular acceleration gives.

This is a harmonic oscillator with a “phase transition” that occurs as ω increases from zero.  At first the stable equilibrium is at the bottom.  But when ω passes a critical threshold, the equilibrium angle begins to increase to a finite angle set by the rotation speed.

This can only be real if  the magnitude of the argument is equal to or less than unity, which sets the critical threshold spin rate to make the system move to the new stable points to one side or the other for

which interestingly is the natural frequency of the non-rotating pendulum. Note that there are two equivalent angles (positive and negative), so this problem has a degeneracy.

This is an example of a dynamical phase transition that leads to spontaneous symmetry breaking and a pitchfork bifurcation. By integrating the angular acceleration we can get the effective potential for the problem. One contribution to the potential is due to gravity. The other is centrifugal force. When combined and plotted in Fig. 4 for a family of values of the spin rate ω, a pitchfork emerges naturally by tracing the minima in the effective potential. The values of the new equilibrium angles are given in Fig. 2.

Below the transition threshold for ω, the bottom of the hoop is the equilibrium position. To find the natural frequency of oscillation, expand the acceleration expression

For small oscillations the natural frequency is given by

Which is a harmonic oscillator with oscillation angular frequency

Note that this is zero frequency at the transition threshold, then rises to match the spin rate of the hoop at high frequency. The natural oscillation frequency as a function of the spin looks like Fig. 5.

This mechanical analog is highly relevant for the spontaneous symmetry breaking that occurs in ferroelectric crystals when they go through a ferroelectric transition. At high temperature, these crystals have no internal polarization. But as the crystal cools towards the ferroelectric transition temperature, the optical-mode phonon modes “soften” as the phonon frequency decreases and vanishes at the transition temperature when the crystal spontaneously polarizes in one of several equivalent directions. The observation of mode softening in a polar crystal is one signature of an impending ferroelectric phase transition. Our mass on the hoop captures this qualitative physics nicely.

For fun, let’s find at what spin frequency the harmonic oscillation frequency at the dynamic equilibria equal the original natural frequency of the pendulum. Then